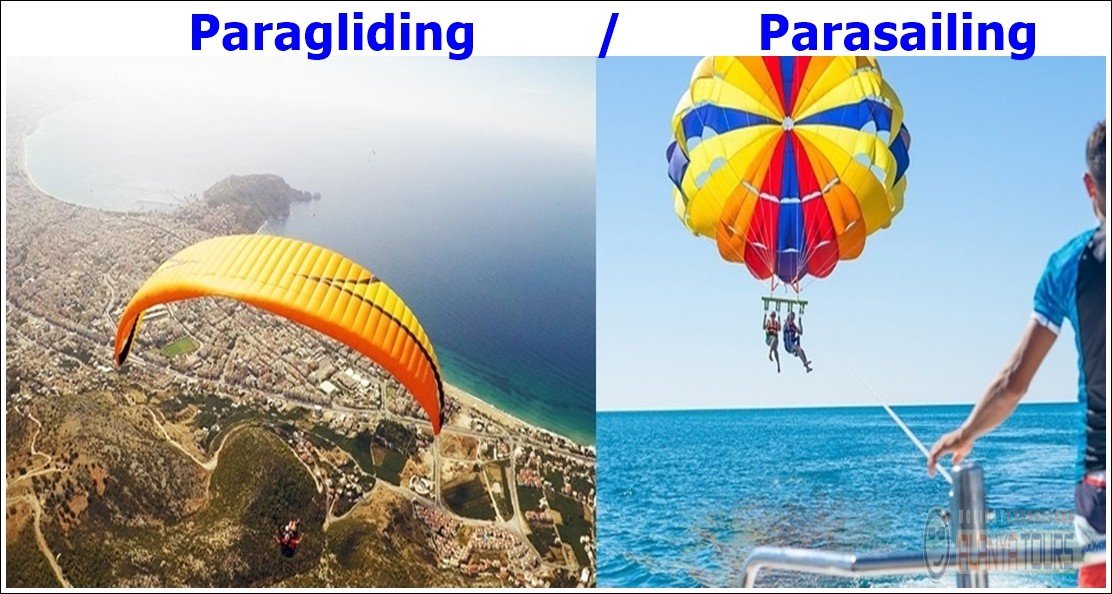 Paragliding is a unique activity for extreme lovers during their holidays in Alanya.
But sometimes people have to choose between two options: paragliding or parasailing. And sometimes people think that they are the same without looking at the difference in names.

In this short text, we will try to give you information about the differences between paragliding and parasailing in Alanya, as well as which one is safer!

Which flight is more enjoyable and safer?

We'll show some of the differences here, but it's your choice - Paragliding or Parasailing.

Alanya is one of the most attractive cities with its vibrant and varied entertainment. Here you can find any activity according to your mood.